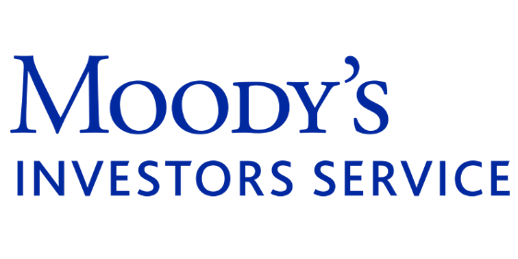 
On the afternoon of August 27, Jiayuan International Holdings Co., Ltd. (hereinafter referred to as “Group”) held its 2019 interim results conference and investor luncheon at the Four Seasons Hotel in Hong Kong. Group Chairman Shum Tin Ching, Vice Chairman and President Zhang Yi, Vice Chairman Huang Fuqing, Joint Company Secretary Cheuk Hiu Nam and Chief Financial Officer Zhang Xiang attended the meeting and had lunch with more than 200 domestic and foreign investors. First of all, Chairman Shen expressed his gratitude to the investors who have long supported and paid attention to Jiayuan International. Then, President Zhang Yi explained to the guests the brilliant performance of the Group in the first half of 2019. 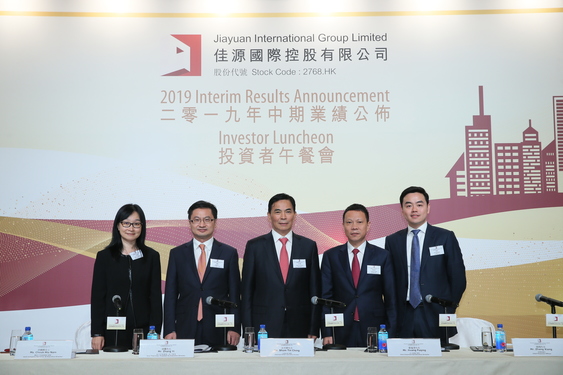 In the first half of 2019, the Group accurately identified cities with positive growth potential, and actively adopted a push strategy to enable significant property sales increase in second and third-tier cities. During the first half of 2019, the Group’s contracted sales of completed properties amounted to approximately RMB8.72 billion, representing a substantial increase of approximately 18.6% as compared to the same period in 2018. Contracted sales area amounted to approximately 687,198 sq.m., while contracted average selling price was RMB12,693 sq.m..

The Group deepened its region-focused development strategy and achieved significant growth in its key performance indicators. In the first half of 2019, the Group’s revenue increased to approximately RMB5.30 billion, representing a period-to-period increase of 20.2%, achieved gross profit of RMB1.84 billion. Profit attributable to the shareholders increased by 10.1% to RMB1.13 billion, earnings per share amounted to approximately RMB43.95 cents.

The Group's revenue mainly comes from property development including sales of residential and commercial properties. For the six months ended 30 June 2019, revenue derived from property development increased by approximately 20.8% to approximately RMB5.07 billion. The increase was mainly due to the delivery of properties pre-sold under Jiayuan Westmount Villa and Jiayuan Yurun Guifu in Yangzhou upon its completion in first half of 2019. Meanwhile, the Group injected their property management services and actively diversified their businesses. Revenue generated by property management services increased by 34.5% to approximately RMB190 million

In the first half of the year, the Group successfully acquired property projects located in Anhui Province from Mr. Shum Tin Ching. The cities in Anhui Province will be reclassified as target cities, which lay a solid foundation for the Group to enter the Anhui market. In addition, the Group’s business footprint has been rapidly expanded to other major cities, further expanded its land bank and achieve the to enhance its competitiveness.

During the Period under review, the Group acquired projects through merger acquisition, tenders, and nodding in the public market, joint development, to enter multiple key cities with growth prospects. As at 30 June 2019, the Group’s land bank occupied approximately 9.6 million sq.m., and its property portfolio comprised 47 properties in various cities, development area covering major cities in Jiangsu Province, city cluster in the Guangdong-Hong Kong-Macao Greater Bay Area, and other key provincial capital cities. Analysis through districts，the Group has land reserves of which 66%, 15%, 9% and 10% in Yangtze River Delta, the Guangdong-Hong Kong-Macao Greater Bay Area, other key provincial capital cities and regions along the “Belt and Road” respectively, which will be enough to meet the development needs for the next three to five years.

The Group has always commit to implement a steady financial strategy, and strove to speed up cash recovery from property sales and receipt of sales proceeds, to ensure quality of construction and safety of staff, and strictly control all expenses in order to guarantee good performance of operating cash flow and return on investment. As at 30 June 2019, the Group had an aggregate of pledged/restricted bank deposits and bank balances and cash of approximately RMB5.73 billion, representing an increase of approximately 6.7% as compared to that as at 31 December 2018. The net gearing ratio has improved significantly, and the ratio has fallen sharply from 159.3 % on December 31 2018 to 107.6%.

Looking ahead to the second half of the year, the Group expects the Chinese economy to stabilize and the government to continue to increase land supply and to press on with its policy on regulating the property market. All this can result in stabilization of housing prices. The Group believes there will be more opportunities to acquire property project through mergers and acquisitions. Its stable financial condition will also help it obtain more resources on the market. In the long term, China will continue with its urbanization, and housing demand will remain strong in provincial capitals, first-, and major second- and third-tier cities of the country.

Mr. Shum Tin Ching, Founder and Chairman of Jiayuan International said, “Leveraging its strong fundamentals, innovative thinking and vision, the Group is able to capitalize on China’s Belt and Road Initiative and its policy on promoting the development of the Guangdong-Hong Kong-Macao Greater Bay Area. The Group has been able to plan early for its business deployment in the areas covered by such state policies.  Looking ahead, the Group will continue to work towards its strategic goal of becoming a larger and stronger company. It will grasp opportunities for development by raising the professional standards and enhancing the competitiveness of its businesses that cover the whole value chain of the real estate sector. It will also press on with its strategy of sustainable development so as to maximize returns to its shareholders.” 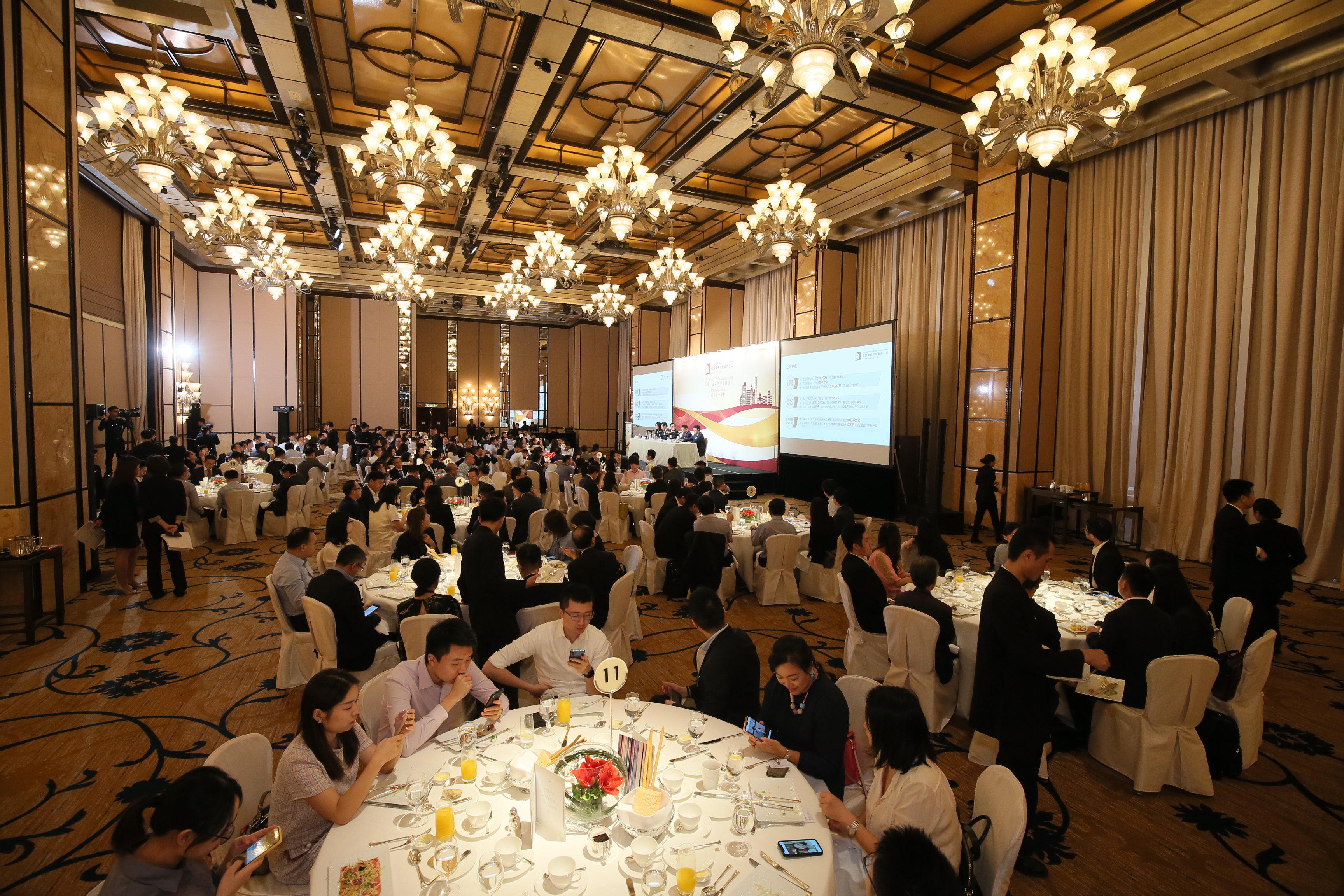